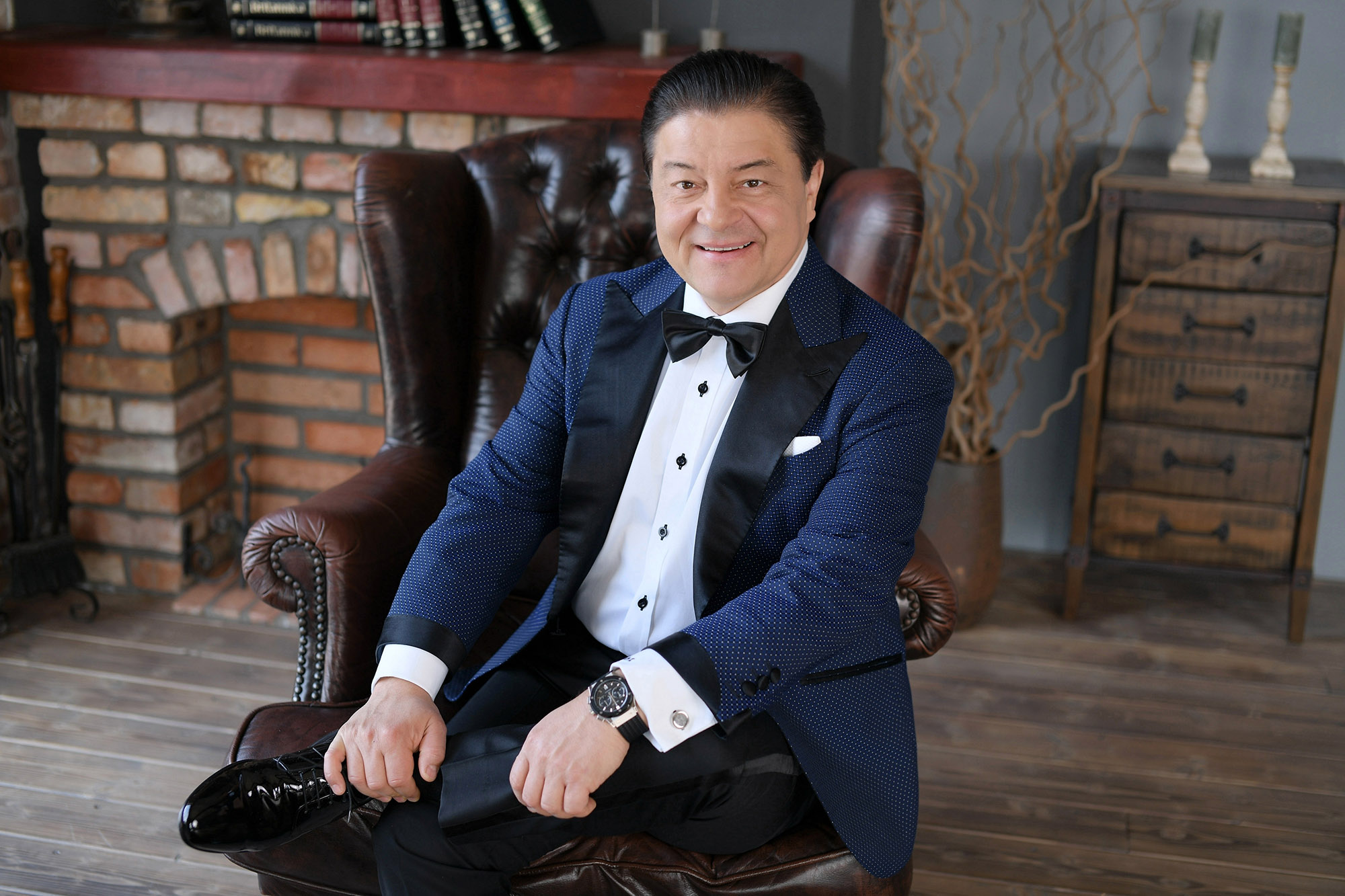 Károly Nyári is the most famous pianist and singer of Hungary.

Károly Nyári began his classical piano studies at the age of six at the Franz Liszt Music School in Győr. At the age of thirteen he won the National Classical Piano Competition of Hungary. While he continued his studies at the classical piano faculty at the Conservatory of Music in Győr, he showed growing interest in jazz piano as well. He completed his studies and graduated as a performer and a piano teacher in Budapest, at Béla Bartók Conservatory of Music at jazz piano faculty.

In 1986 he began his solo career in the Netherlands where he achieved great success.

He had the chance to perform with international stars such as: Chaka Khan, Gloria Estefan, Mariah Carey, Phil Collins, Michael Jackson, Elton John, Pavarotti or Frank Sinatra who gave Károly Nyári his own microphone after a performance together.

During his stay in the Netherlands he became more and more successful and performed at several radio and TV shows.

Regarding his great success he and his whole famiy received the Dutch citizenship.

After the international success Károly Nyári was introduced to the Hungarian audience through his solo albums, TV and radio performances.

Performing not only at highly successful concerts at venues in Budapest, Hungary such as The Palace of Arts, the historical Erkel Theatre or the Hungarian State Opera he has invitations to perform at many important and prominent events where he enchants the audience each time with his exeptional style and virtuoso piano playing.

In 1998 he released his first studio album titled  „Én voltam boldogabb”. The album contains some of the most beautiful renditions of evergreens as well as the original songs of the artist.

In 2002 he won the Lyra Prize for his outstanding talent.

In 2004 he released his second studio album titled „Földi Csillagok” that gained recognition of professionals and listeners as well.

In 2007 October Bill Clinton was invited to Budapest. After his speech Károly Nyári had the chance to fascinate the president with his special performance.

In 2007 he founded his own chamber orchestra, Charles Music Chamber Orchestra that consists of the most outstanding musicians of Hungary. The orchestra that is artistically directed by Károly Nyári performs on the artist’s concerts in several formations from jazz trio to 17 member big band.

In 2009 Károly Nyári held one of his most successful concerts ever titled „My Way” at the Palace of Arts, Budapest Béla Bartók National Concert Hall.

In 2011 August the artist had the honour to perform at the 60th anniversary Gala evening of the International Judo Federation held at the Garnier Opera Paris. He enchanted the audience with his concert that was attended by prominent heads of state and the Russian president Vlagyimir Putyin.

In 2011 he was awarded by the Society of Respect with the Respect Prize in appreciation of his selfless charity work for the elderly.

In 2012 August he performed at the Olympic Games in London as to the request of the International Judo Federation representing Hungary with his successful concert.

In 2016 Károly Nyári founded his orchestra called Budapest Jazz Symphonic Orchestra. The more than 50 member orchestra consists of the most outstanding classical and jazz musicians of Hungary representing a distinctive sound in Hungary.

In 2016 celebrating the 30th anniversary Károly Nyári released an album with the title „Best of“. The album includes some of the greatest hits of his career.

In 2016 December the DVD of his concert „Úgy szeretlek téged” was released.

In 2017 as an acknowledgment of his outstanding talent and artistically great achievements of his more than 30 years career in Hungary and internationally as well Károly Nyári was rewarded as Citizen of Honour of Győr, his hometown.

In 2017 July the artist had one of his most significant concerts of his career held at the Hungarian State Opera Budapest, Hungary titled „Károly Nyári Concert At The Opera”. The virtuoso jazz pianist offered an unforgettable concert experience by crossing different genres, from jazz to classical music.

In 2017 December the DVD of Károly Nyári Budapest Christmas Concert was released.

In 2018 June he was awarded with „Pista Dankó” Life Achievement Award for his special talent and great contribution to culture and music for decades.

In 2018 September he released his next concert DVD titled „Károly Nyári Concert At The Opera”.

In 2018 November the artist was awarded with the Prima Prize for representing exceptional high quality music and for his outstanding career of more than three decades.

Károly Nyári established his traditional Christmas concert series, „Budapest Christmas Concert” in 2005 that has been held for 14 times so far. The double sold out concert shows are held each year at the biggest concert venues of Budapest. The most festive concert of the year with its unique sound and monumental scenery is a long- awated event for the audience preferring quality music and has become one of the most important events of the holiday season.

Károly Nyári and his special guests who are Liszt and Kossuth – Prize awarded artists and his daughters Aliz Nyári and Edit Nyári make Christmas time unforgettable each year singing heart-warming duets. Beside the Christmas classics that we all love, the artist performs a great selection of the most beloved and beautiful hits of his career in a special rendition accompanied by Budapest Jazz Symphonic Orchestra, a more than 50 member orchestra that is founded by him. The main purpose of the traditional concert is to celebrate the most wonderful time of the year together and to share a musical experience that strengthens love for each other and creates unity.

Károly Nyári performs his sold-out concerts at the most exclusive concert halls of Budapest, Hungary and Europe as well. With his virtuoso piano playing and unique voice he enchants the audience each time.

He finds it really important to represent quality music on a high level. His purpose is to continue being an ambassador of real music that touches audiences from all age and genre.